Audi’s Brilliant Way To Improve Its Quality And Reliability

Even as the automotive industry reinvents itself with new technology like electric vehicles and autonomous driving, there’s one mainstay that is very correlated to both revenue and costs: quality. For revenue, consumers look to product evaluators such as Consumer Reports and JD Power to inform them on which purchase shall result in reliability and safety. And on the other side of the profit equation, costs in the form of warranty and recalls can hamper the Income Statement. Therein, profitability is doubly correlated to quality.

Unfortunately, Audi and the Volkswagen group suffered for several years with quality issues. From 2014 to 2018, the Volkswagen Group had the fifth most recalls (109) of any manufacturer. In that same time frame, Volkswagen or Audi was listed in the bottom ten brands for JD Power Initial Quality Study (IQS) four of the five years. And it 2016, Popular Mechanics listed Audi as the 5th most expensive brand of vehicle to maintain due to its previously poor reliability. To make matters worse, the amount of software across the industry was simultaneously growing exponentially (e.g. the 2011 Chevy Volt had 10M Lines of Code whereas the 2016 Ford F-Series had 150M) and the associated recalls. Stout’s 2019 Automotive Defect and Recall Report detailed that recalls nearly doubled from 2013 to 2018’s record 341 recalls with electronic defects “… accounting for the highest percentage of vehicles recalled [at] 26%.” Having underlying issues during a volatile period created an unmanageable situation.

Something had to change.  And it did.

In 2015, Audi and VW began a program called the Software Quality Improvement Leader (SQIL) program, where a troubled supplier – per an objective measure derived from a standardized system called Automotive SPICE® — hires an independent overseer to witness ongoing improvements to an agreed upon goal. These improvements are founded upon best practices that not only create better quality, but lower cost for the supplier, which ends-up being a win for both companies. And early returns in 2020 demonstrate a significant improvement for the VW group in the manufacturer recall list of 2019 and 2020. Additionally, J.D. Power noted in 2019 that Audi made “notable strides in vehicle reliability” and  MotorBiscuit stated last July, “Audi vehicles are [now] known for being very dependable and safe.”


This brilliant strategy has various win-win benefits over the alternatives employed by other manufacturers: new sourcing, punitive fines, contentious surveillance. 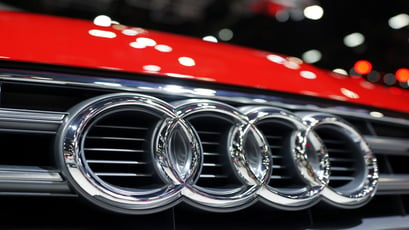 Some manufacturers address the perennially dysfunctional suppliers by de-sourcing the corporation on either the current project or future projects. There are a couple of issues with this:

Single-Sourcing: If the original contract was awarded to two suppliers, slicing out one vendor creates a singular source. Not only does that threaten higher long-term pricing due to decreased competition, but it also creates increased vulnerability during periods of tight supply; greater customer dependency upon the lone supplier’s viability.

Switchover Costs: There was a time when switchover costs were primarily driven by shipping tool or training employees on the heavy, dangerous stamping or injection-molding equipment, but now complex electronic platforms with upwards of a billion lines of code create significant, switchover investment. 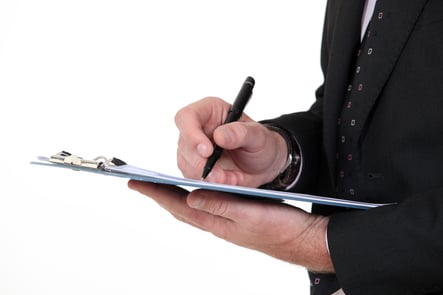 A few Original Equipment Manufacturers (OEMs) provide objectives for the Supply Base on quality, timing, etc. and fine the vendors who are unable to make the agreed-upon targets. Since the days of Operant Condition and B.F. Skinner, such punishments are less effective in changing behaviors. Additionally, every failure creates a negotiation on which corporation – the OEM or the supplier – is ultimately at fault so as to keep the total count below the target. The requirements were vague. The changes are late. The other part’s failure caused ours. This doesn’t create the feeling of partnership.

On the opposite hand, reward systems have been well documented in other vehicle manufacturers. Deere & Co. noted that programs like Achieving Excellence boosted reliability. “It’s an excellent way to recognize suppliers,” stated Tom Knoll, the Vice President of Worldwide Supply Management and Logistics, in an IndustryWeek interview as he helped institute the system that categorized vendors as “approved supplier, key supplier or partner” and rewarded extra business to the higher quality or problem-resolving suppliers. “For example, when we have difficult issues, are we on the same page? If we have a quality problem, how well do we work together to resolve it? It's one of the most important categories we measure, because if you can't work well together you probably aren't going to be able to solve those sorts of problems. I’m pleasantly surprised by how much [this program] actually drives behavior throughout the supply chain."

Some OEMs attempt to solve the issue by having internal agents repeatedly visit the supplier, audit their processes and review the action item lists and commitments. These belligerent babysitters have a couple of negative side effects: clandestine operations and personnel shifts.

Clandestine Operations: If a supplier knows that specific information shall be used against it during discussions, it will tend to hide that information, which frequently tends towards even-more dysfunctional behavior. For instance, if a manufacturer wants to see fewer than 100 total defects or under 10 high-priority problems in the Software Backlog, then the 101st defect will be logged outside the formal system and will be labeled “medium” to avoid conflict regardless of the true risk. “Suppliers tend to see us as partners in improvement rather than the adversary,” says Juan Webb, consultant from Kugler Maag Cie North America that has acted in the role of SQIL with several Tier 1s. “As an intermediary, we remove the contentiousness and allows the supplier to simply focus on their improvement.”

Personnel Shifts: Almost a decade ago, the former Chief Operating Officer of Ford, Sir Nicolas Vernon Scheele, aptly warned employees that “squeezing vendors too hard [would create] unhappy suppliers that might dedicate their best people, invest their best resources and offer the newest technologies and innovations to our competitors, putting Ford at a competitive disadvantage.” Although Sir Scheele has long since passed, his truth lives on: suppliers absolutely designate key customers, which are usually not the ones hosting twice-a-days.

Some vendors who recently have been forced to hire a SQIL might not see the forest for the trees; possibly interpreting the program as either punitive, surveilling or both. However, the brilliance is partners are retained, the money is directed towards efficiency that improves the bottom line for both parties and it creates a relationship built upon better quality.

And it appears to be working.

This article was originally published by Steve Tengler (STEVE.TENGLER@KUGLERMAAG.COM) on Forbes.com on May 26, 2021