Auto Recalls Down Overall, But Not For Everyone

As the United States approaches Vehicle Safety Recalls Week (March 8th to 12th), there is a natural pause and curiosity around how manufacturers are doing. Given a 42% increase in recalls from 2014 onward and a rise in electronics and software which, per OESA’s Automotive Defect and Recall Report, now accounts for the highest percentage (26%) of vehicle recalls, one would expect the first couple of months of 2022 to show even greater numbers.

That, however, has not been the case. So far in 2022, there have only been 111 total recalls by the National Highway Traffic Safety Administration (NHTSA) across all vehicle manufacturers, which constitutes the lowest pace in a decade. Additionally, the number of potentially affected vehicles is sharply down with only 4,622,752 vehicles affected so far, which barely exceeds half of the best January-February total in the past five years (8.3M vehicles in 2018) and is only 20% of 2019 and 2020’s numbers (22.1M and 21.0M respectively).

Some manufacturers have been doing exceptionally well. Volvo and Mazda have not had a single recall so far in 2022, which obviously equates to 0.0% of their respective 2021 production volumes. Possibly equally as impressive, General Motors (GM) has only recalled 1,811 vehicles, which is the equivalent of 0.1% of last year’s vehicles (2.3M). Mercedes-Benz has also only recalled 0.1%, but with much lower U.S. volumes (330k vehicles). 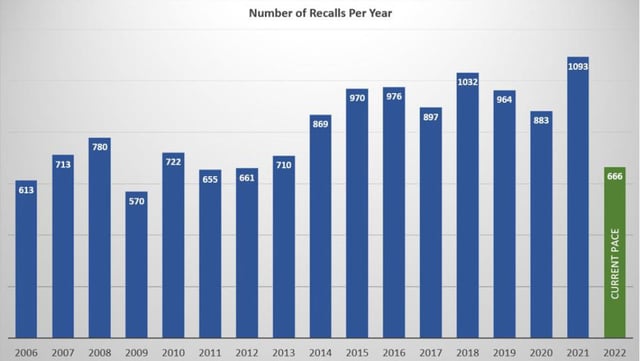 "So far the pace of recalls has slowed to the lowest number in a decade."  Kugler Maag CIE

Unfortunately, not all manufacturers have enjoyed the same improvements. Tesla (TSLA) has been the target of four recalls already amounting to 2.2M vehicles, which would constitute 671% of its 2021 production volumes. Of the three recalls involving over 500,000 vehicles, Tesla was responsible for two of them. 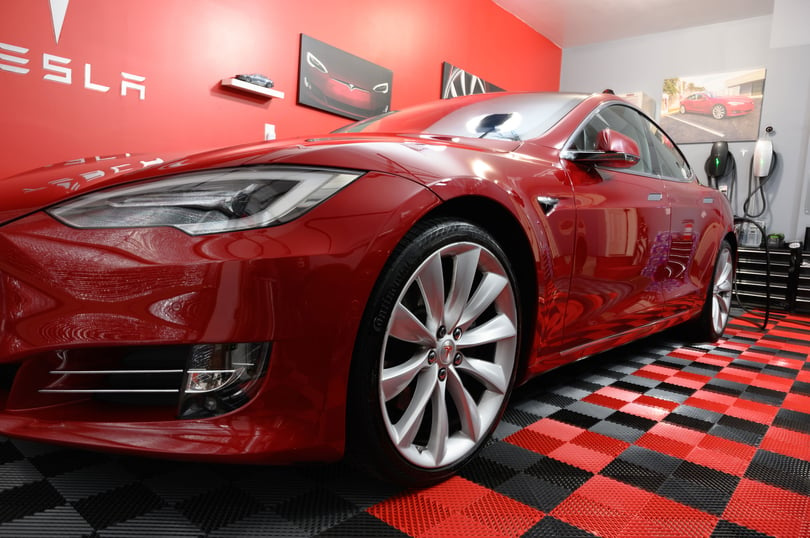 The latest was a well-publicized recall of vehicles that made farting and bleating noises externally, thereby potentially interfering with pedestrian crossings. When Tesla’s CEO, Elon Musk, was asked what caused the recall on Twitter, he replied "The fun police made us do it (sigh).”

There are likely many root causes for the overall drop in recalls. First and foremost, the Takata airbag recalls during 2014-2021 of 67M vehicles certainly added to the increased quality issues. So far, 2022 has only had six airbag recalls with three of them combining for under 400 vehicles. Additionally, more manufacturers have been mandating compliance to engineering standards (e.g. Automotive SPICE, ISO 26262) as part of supplier negotiations. “As more an more organizations focus on how they approach functional safety and systems engineering thoroughly,” states Kugler Maag Cie North America’s CEO, Peter Abowd, “we will hopefully continue to see a decrease in the number of required safety recalls.”

This article was originally published by Steve Tengler (steve.tengler@kuglermaag.com) on Forbes.com on February 28, 2022.