Just like economists telling the general public about impending doom or delight, analysts for any given industry base their projections upon the intentionally misleading information they are fed by corporate investor relations teams, the analyst’s personal optimism bias or a host of other human noise. Therein, their skewed, semi-supported opinions become hearsay evidence (which should not be admissible in our individual courts), and then gets further sensationalized by news outlets seeking attention, e.g. “3 in 4 Economists Predict A Recession By 2021.”). 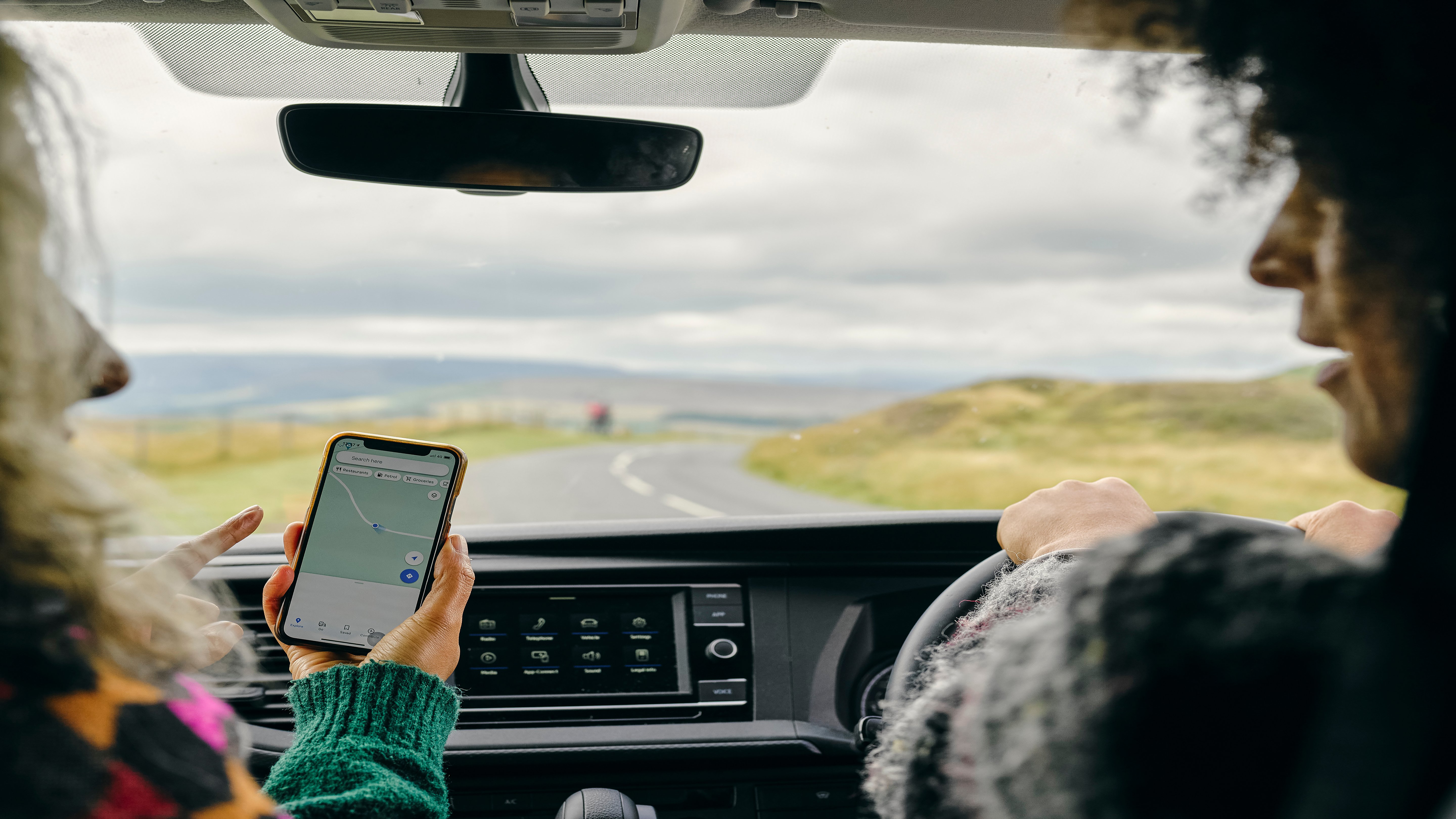 But for those interested in avoiding “fake news” for the overall economy there is another option: seek out objective, leading indicators within that local market akin to the 10-year U.S. Treasury yield, consumer confidence and home sales for the U.S. market. Until now, though, there haven’t been leading indicators for major markets such as the automotive industry.

Top Agency, a global marketing and research firm, analyzed a collection of Global Positioning System (GPS) data in major U.S. cities where a dealership or point of sale was the destination. As has been previously studied, even walking into a dealership is a great indicator of future sales: 85% of customers have decided to buy a vehicle on the day of their first dealership visit and 90% of customers purchase a vehicle within a week.

This study’s results are interesting:

· FORD: Ford was the highest requested brand (of 37 automotive brands examined) in 21 of the 30 U.S. cities examined. Most shockingly, that was true even for half (3 of 6) of the cities on the West Coast: Seattle, Portland and Sacramento. 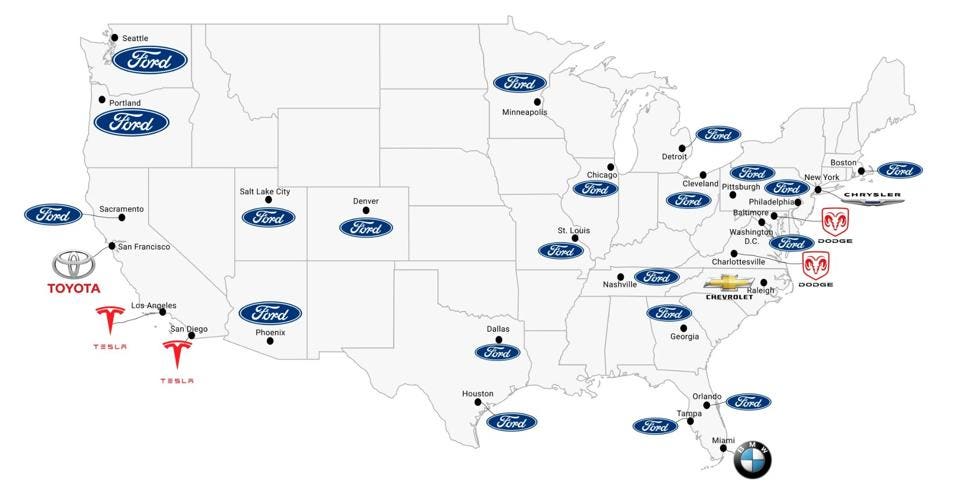 TESLA: TeslaTSLA -3.2% was not only the top brand for two major cities – Los Angeles and San Diego – it also appeared in the top five for four other cities that span several regions: Boston, Denver, Houston and San Francisco

STELLANTIS: Although a Stellantis brand only dominated three markets – New York, Charlottesville and Baltimore – minimally one of their brands was in the top five for 28 of the 30 cities; the exceptions being Los Angeles and Miami.

OVERALL: Automotive visits have ticked-up 5% as compared with the same time last year.

It has been well-documented that since the start of the pandemic, online sales have skyrocketed. As previously reported by Progressive and Forbes, “… buyers under 40 years old are three times more likely to buy online and only 26% of Millennials reported buying a car from a [physical] dealership.” And so only using GPS navigational routes to dealerships would ignore a whole swaths of demographics.

This also is misleading, though, since it forgets two factors. Firstly (and more easily overcome), it ignores the sub-brands of each auto manufacturer. For instance, Jeep, Dodge, Chrysler, Fiat, PSA, Alfa Romeo, Maserati, etc. are all part of Stellantis, which ranks lower on these sites since they do not compare the compiled results. Secondly and more difficult to overcome, it cannot aggregate dealership-specific website traffic where purchases may be accomplished. For instance, a college graduate in Ann Arbor might know the local dealerships (e.g., Volkswagen of Ann Arbor, Varsity Ford, Germain Honda,) and visit their websites (e.g., vwannarbor.com) as opposed to the corporate site (vw.com), thereby thrusting the digital sleuth into a serious rabbit hole if [s]he wants the overall, compiled results by brand.

Just like an economic indicator, the new data cannot be seen as the whole truth and used in isolation. As the world’s events, demographics and buying patterns shift, so will the biases the dealership information and so it must be used in concert with the existing information. One thing we know, though, is the new study provides insights we didn’t previously have when weighing the pontifications of so-called experts and deciding where to invest our money.

This article was originally published by Steve Tengler (steve.tengler@kuglermaag.com) on Forbes.com on August 16, 2022