Connected Car: The Upcoming Catalyst For The Latin American Market 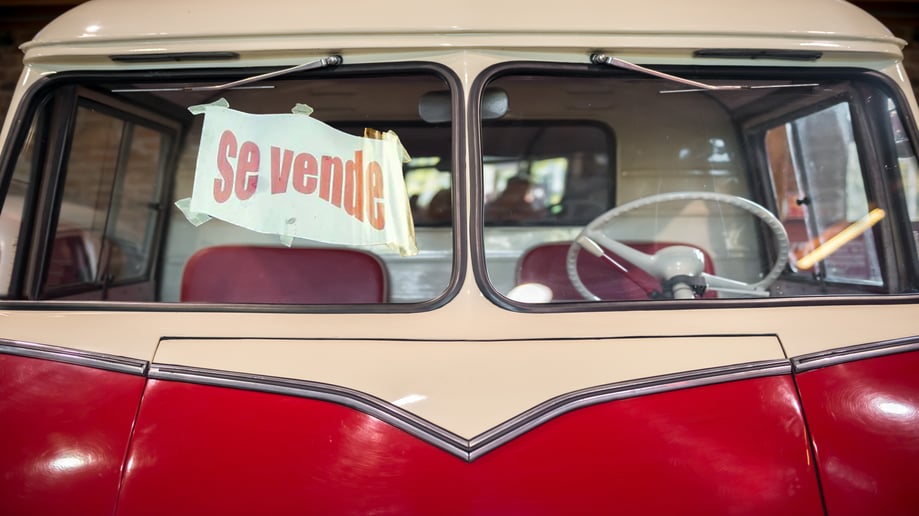 This Latin American car reads "Sells itself", which is contrary to the truth in much of Central and South America due to fraud and distrust.

Many an inventor’s dreams and prophecies contain lofty goals such as “changing the world”, but few inventions in each generation truly shift the needs and underlying commerce of the population. The iPhone generated a market of handheld mobility which altered the way the populous consumed news and communicated socially. Before that, the Internet established new networks of information which transformed daily activities from product shopping to business meetings to even taxi summoning. But to look for an automotive invention that has transformed a market, the economist must search as far back as the 19th century and either Karl Benz for the invention of the automobile itself or Henry Ford for the quasi-invention of paying employees exorbitantly ($5/day) to create affordability for the horseless carriage.

Arguably, though, the connected vehicle may soon have that same impact in Latin America countries in the coming years, and it’s worth a look at the current state as well as the near-future reality that’s already unfolding.

The State of Latin America

Between Mexico, Central America and South America, there are nearly 700 million people, which for reference is nearly double the combined population of the United States and Canada. However, the economies of many Latin American countries do not compare. The Gross Domestic Product per capita for Latin America and the Caribbean is only slightly over $7,400 per person, whereas the U.S. and Canada are presently at $65,297 and $46,194 respectively. There are many foundational reasons for these economic differences (e.g., political unrest, natural resources), but some of the root causes stem from mobility, lending and insurance.

· Mobility: Getting to a professional position requires the ability to travel efficiently for work and affording that mobility must be enabled by the steady income. Chicken-and-egg. In fact, OurWorldData.org created a striking graph which shows the correlated, parabolic curve of GDP per capita versus the number of vehicles per 1000 residents: it’s simply harder to create revenue without mobility, but mobility is needed to create the revenue. Much of Latin America has not overcome this obstacle. Argentina owns the dubious honor of the most vehicles per 1000 residents (320) for Latin American countries, but mostly because many countries like Bolivia and Columbia are under 100 vehicles. None of them are within a stone’s throw of the United States (866) and Canada (685).

· Lending: Banks typically provide money based upon risk. For the worker trying to climb out of the chicken-and-egg scenario, a used car loan would typically be a lesser risk. However, used vehicles in Latin America represent two hazards to insurance companies: hidden problems and theft. “40% of all transaction come with some type of scam such as you’re buying a car with something broken, but the buyer doesn’t disclose the issue,” states Anthony Ben Sadoun, Chief Product Officer of Kavak. “The buyer, in essence, is getting robbed.” For instance, July floods in Columbia killed several people and affected thousands with an untold number of clandestine dangers inside the wells of flooded vehicles, many of which will be resold without admission. And even if the resell goes well, theft drives up the risk for the banks thinking about financing. As stated well by a blogging traveler on Lonely Planet, “On the trip your every waking moment must be concerned with the car. You cannot just park it … since the car represents several year's income to most thieves.” That translates to very few vehicle loans for the fledgling buyer.  “In Mexico, approximately 95% of all transactions happen without financing,” explains Sadoun. “In Brazil, it’s 75%, which is very different than car sales in the United States where most significant purchases are made without tying-up their entire life savings.”

· Insurance: Now maybe this neophyte wage earner wants to secure his significant-investment-sans-financing by purchasing car insurance. However, insurance companies are aware of the same aforementioned consequences of deceit and theft. Therein, insurance penetration is quite low: only 23% of vehicles are insured in Brazil (with Mexico being much lower) versus 88% in the United States. 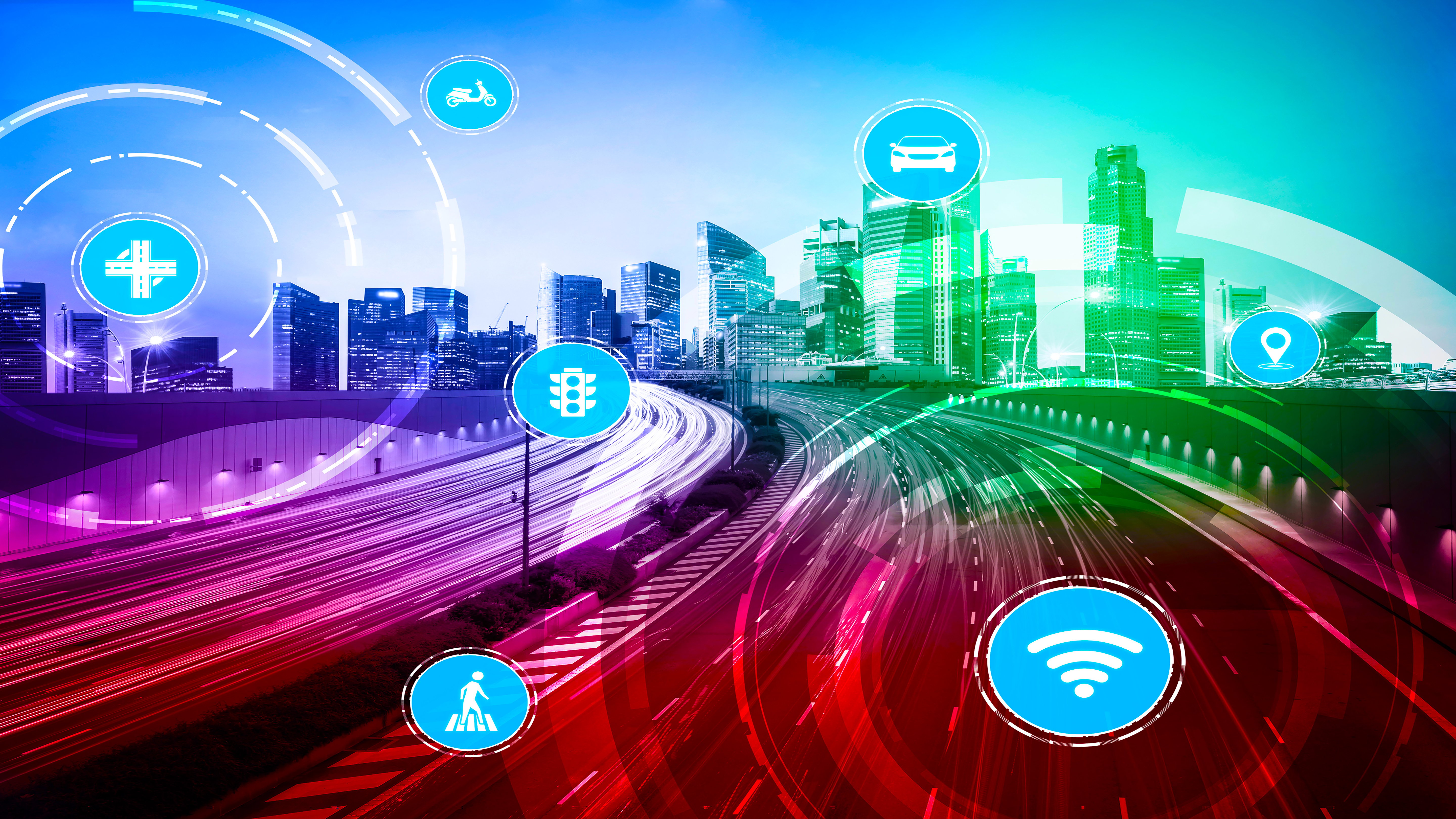 The Lift from the Connected Vehicle

Service providers have created connected “dongles” which – when connected to the service port (a.k.a. OBD II port) – can transmit data from the vehicle’s network to data centers. Using this data, the service providers become informed experts on any given vehicle and are now acting as brokers during a whole series of financial exchanges; essentially creating an ecosystem for bringing usable, trusted vehicles to the masses. Such stability could be the equivalent of hitting the economic reset button for a large swath of the world.

· Buying: With terabytes of information, providers can understand what vehicle purchases could be risky and specifically where to investigate when buying a vehicle. “There are so many things you can do with data,” says Sadoun. “With every vehicle [Kavak] considers for our inventory, we can understand and be confident about what it would take to recondition the vehicle based upon knowing typical failures for a make, model, mileage, territory and conditions in which it’s been driven.” Some of this is based upon prognostics where algorithms predict soon-to-be-failures, and some is based upon heuristics where previous data suggests “likely areas of concern” worth investigation before buying, refurbishing and reselling the vehicle as the trusted provider.

· Lending and Insuring: The first anxiety of the banks and insurers was previously concerns of underwriting a questionable purchase, but this is mitigated by a data-enabled understanding of the vehicle’s quality. Theft, though, would typically still be an issue. However, just like OnStar or LoJack, connected cars provide some ability to prevent theft. Yes, hubcaps can still be stolen without any cellular-enabled sensors, but keeping track of the overall vehicle still allows the borrower to make it to work and pay off the loan while not submitting a substantial claim.

It might seem to the casual reader that comparisons of the connected car to inventions like the iPhone are hyperbole given the many challenges facing the Latin American communities, especially given many mobility inventions in the past have fallen well short of original expectations (e.g., Segways, flying cars). On the other hand, though, few probably predicted the enabling impact of a singular employer like Ford doubling wages and making an automobile and lifestyle achievable. Automobiles can change lives.

This article was originally published by Steve Tengler (STEVE.TENGLER@KUGLERMAAG.COM) on Forbes.com on September 8, 2021