Follow The Money Of Robotaxis: A Massive Market Of Dollars And Obstacles

The past month has been an incredible display of the future money and obstacles behind robotaxis, a.k.a. autonomous ride-hailing vehicles. From marketing studies to concerning crashes to angry politicians to corporate handwaving, we have seen why so many technologies climb to the thin air atop Gartner’s “Peak of Inflated Expectations”, sink deeply into the “Trough of Disillusionment” and maybe – just maybe – scale back to some semblance of a sustainable market (a.k.a. “The Plateau of Productivity”). The significant dollars projected in this market, though, are ironically causing a series of questionable decisions which may chip away at that available market.

The Drivers Behind No Drivers

MARCH 18, 2021 - Guidehouse Insights, an industry analyst and consulting company, released its report examining the potential market for robotaxis worldwide based upon expected technological advances, anticipated demand, and likely operational models. Without ruining the punchline of its pay-for-service report, the market drivers are massive, especially in China, North America and Europe where 90% of the robotaxi miles are expected. Those dollars stack-up, but could subsequently pave the way for greater adoption, which would be another deluge of cash into an automotive industry that frequently struggled on low margins in recent decades. “From a personal perspective, I was impressed by the enthusiasm and progress that is happening in China, said Sagie Evbenata, senior research analyst with Guidehouse Insights. “There the car ownership is very low since the costs for obtaining the required permits are relatively high compared to their incomes. In fact, much like we see people jump from not owning a landline [phone] to having a mobile phone, [autonomous cars] might propagate in China by people jumping straight to robotaxis.” As it were, just hours before the Guidehouse Insights report was published, Baidu was granted a permit to begin commercial robotaxi services, which made it the first Chinese company with permission to do so.

In other markets, Guidehouse also sees the removing of live ride-hailing drivers as an opportunity for the Uber, Lyft, etc. to reduce operating costs and ensure profitability. According to their interviews and report, major players including Cruise, Waymo, DiDi, and Uber have gambled billions on developing automated driving technology and robotaxi services.

Research from industry experts shows there will be a significant ramp-up to the market between 2027 and 2030. (c) Guidehouse Insights

MARCH 17, 2021 – A Tesla Model Y using its famous Autopilot feature struck a state trooper’s squad car, which sparked another investigation by the National Highway Traffic Safety Administration (NHTSA). “NHTSA is aware of the incident involving a Tesla vehicle near Lansing, Michigan,” a spokesperson said in a statement. “Consistent with NHTSA’s vigilant oversight and robust authority over the safety of all motor vehicles and equipment, including automated technologies, we have launched a Special Crash Investigation team to investigate the crash.” There have been a few incidents where Tesla vehicles have collided with parked vehicles, with at least two fatalities. Maybe these software-driven fatalities are far fewer in number than those possibly caused by human error without features like Autopilot, but public perception certainly took a hit just like the police car.

MARCH 16, 2021 – The Washington Post uncovered more than five thousand Uber and Lyft drivers, who had historically acted as independent contracts, accounted for $80M of the Economic Injury Disaster Loans during the pandemic. Some would argue these workers were not affordable as employees for these companies – especially when ride-hailing demand dropped 80% during the pandemic – and demonstrated how the business model is reliant upon low-to-no-cost drivers for the quasi-taxi. Or as the Washington Post stated it, “More broadly, it reflects on how a new economic class of workers was left to rely on the social safety net at the same time Big Tech added billions in value and fought regulation that would require gig firms to contribute more to social programs.” Either way, such political fallout leaves a bad taste in the public’s mouth about ride-hailing companies.

MARCH 5, 2021 – Plainsight published correspondence from the past year between the California Department of Motor Vehicles (DMV) and Tesla. The DMV, which regulates autonomous vehicles, was reminding Tesla that it doesn’t have permits to sell autonomous vehicles in California. Tesla argued that limitations of its present system would mean they would never have advanced autonomy (a.k.a. Level 5), and would remain constrained to needing an attentive, human driver (a.k.a. Level 2). As aptly pointed out by Joann Muller of Axios, this appears to be contradictory to the messaging from Telsa’s CEO Elon Musk who “… is selling investors on the notion that its full self-driving tech will enable Teslas to become money-generating robotaxis.” And as Alan Ohnsman of Forbes notes, “Under California law, it’s illegal for an auto manufacturer to falsely promote a vehicle as autonomous if it lacks that capability, according to section 228.28 of the state’s motor vehicle codes.” Muller pointed out that Tesla is charging $10,000 extra for the “not-really-self-driving” feature and continues to enjoy a sky-high market capitalization (despite dropping $50B in March alone). “The bottom line,” she says, “Musk’s already-missed goal to have a million Tesla robotaxis on the road by 2020 seems less likely than ever.” And despite all of that seemingly bad press, Business Insider Cathie Wood’s Ark expects Tesla to soar to $3,000 per share by 2025 (or a market valuation of nearly $3 trillion) due to its robotaxi capabilities.

MARCH 8, 2021 – The European Agency for Cybersecurity (ENISA) and the Joint Research Center (JRC) published a report warning of serious cybersecurity risks resulting from autonomous vehicles. “Cybersecurity risks in autonomous driving vehicles can have a direct impact on the safety of passengers, pedestrians, other vehicles, and related infrastructures. It is therefore essential to investigate potential vulnerabilities introduced by the usage of [Artificial Intelligence],” the report states. The report notes that autonomous vehicles are susceptible to adversarial machine-learning attacks such as evasion or poisoning, which either creates spoofs that cause the system to evade something fictitious or manipulate the input data to “poison” the training process of the AI. 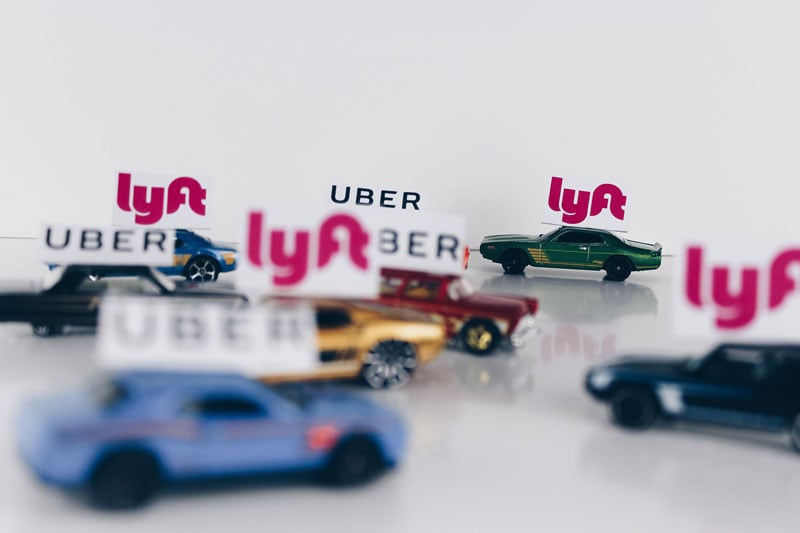 The Guidehouse Insights report suggests the available market, but it does not and cannot account for technological, judgmental and political impediments that might shrink that market. If the actual market shall ever scale to the desirable plateau, it will need to quell the current bad, corporate behavior and do the hard, engineering work of functional safety and cybersecurity design.

And there’s a lot of money saying they will.