In Or Out: The Pros And Cons Of Mobile And Embedded Connectivity For Cars 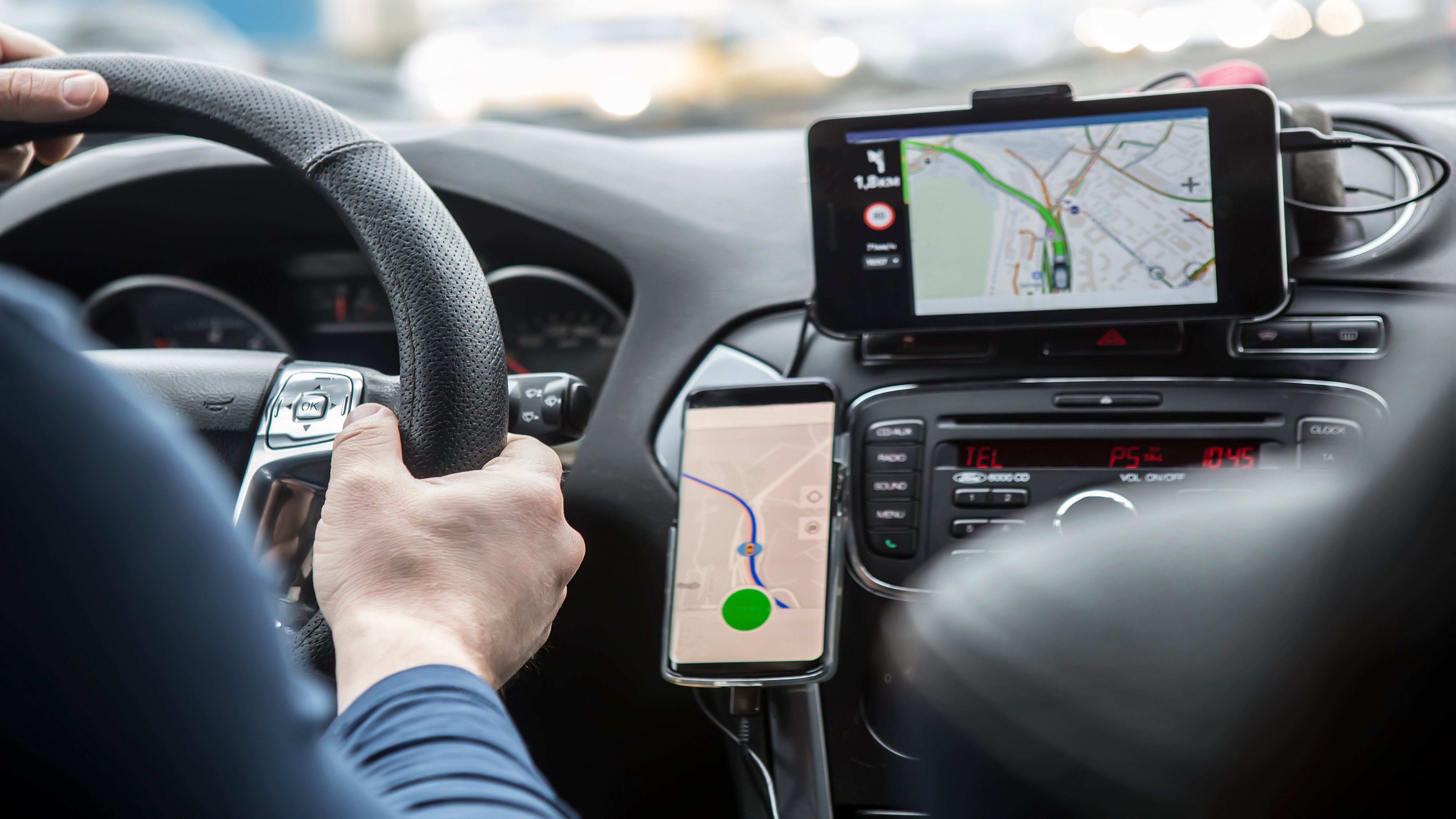 Catherine Cornell, a 51 year-old mother of two and commercial lender in Detroit, is considering a connected solution for her nearly 19 year-old college sophomore, Anna, who now must drive across the state regularly in a used 2013 Chevrolet Equinox. Up until a month ago, Cornell was considering reactivating the in-vehicle OnStar service, but with the recent launch of the OnStar Guardian she is experiencing Analysis Paralysis. “She always has her phone with her,” says Cornell, “but I’m not sure which would be a better solution given her situation.”

And so it goes. The internet is littered with questions about how long of a commute warrants such security but inhibits the usage-based insurance, or how many lives are saved based upon one solution or the other, or … well … hundreds of questions. “The two offerings are really complimentary; it depends upon where you are in a given use case,” states Marc Fredman, Chief  Strategy Officer at CCC Intelligent Solutions, a SaaS platform using AI and telematics to power the P&C insurance economy, . “There are a range of technologies that can work together to  detect  a collision, validate the crash, provide a user experience after the crash, and then support downstream coordination long after the incident.”

And so as an attempt to quell such confusion, here is a comparison using experts in the two fields to help the poor souls trying to protect their children and their wallets.

The word telematics was coined in 1978, but became more widespread in the early 1990’s as a few manufacturers offered in-vehicle solutions and the government opened Global Positioning Satellite (GPS) technology to the consumer market. The emergence of synergistic built-in, in-vehicle cellular connectivity, airbags, vehicle positioning and in-vehicle sensors created a new market that has grown to millions of vehicles around the world. “Although phones have added many sensors in the last few years, the car has many more [than the mobile phone], especially with the advent of ADAS (Advanced Driver-Assistance Systems),” says Fredman.

To that end, the pros of this embedded solution are as follows:

· ALL CRASHES: The catastrophic events are captured by the efficacy of both vehicular and mobile solutions. No problem. But the slight fender benders and sideswipes can be missed by some mobile products. “Even among the best mobile technologies – and we work with a lot of these companies – we have not seen a mobile technology that’s able to replicate the full range of accident types detected by the embedded ones,” states Fredman. This might be ideal if you are, in fact, the teenager attempting to clandestinely avoid parental knowledge of a fender bender, but insurance carriers and fleet managers wanting to reward or retain better drivers need awareness of all crashes.

· SYSTEM SURVIVAL: Given a rollover accident, the telematics module has been bolted to a steel frame that has been crash tested. The mobile phone, however, can fly freely about the car as ironically demonstrated by OnStar in a 2009 commercial that reads “Are you counting on your cell phone to be your lifeline in a crash? But what if it’s not there?” Meanwhile, the phone bounces to the backseat while the airbag deploys.

· DRIVER DISTRACTION: One would think the this “pro” would belong to the mobile device given its built-in camera and by-default knowledge of phone usage, however per naturalistic driving studies (including 3 million miles, 203 drivers and 4,452 safety-critical events), frequent distraction issues include other passengers, insects, eating, drinking and gawking outside the vehicle. None of these distractions would be detectable by the personal cell phone, but they might be captured by in-vehicle facial recognition systems such as BMW, Subaru and other automakers have installed.

· AUTONOMOUS & ACTIVE: As more vehicles allow for handsfree driving, insurance providers wanting to sort out strict liability and associated culpability will want to answer the ultimate question, “Who was driving?” Only the embedded sensors will know the state of the autonomous system at the time leading-up to the crash. In addition, was Traction Control ON? Were other safety features disabled? That same insurance company would likely provide better rates where safety-related systems are engaged.

· VEHICLE HEALTH: Diagnostic sensors can help to understand vehicle health and possibly prevent an accident before it happens. “As ADAS becomes more prevalent, there are new obligations downstream that become more complicated,” explains Fredman. “Was that ADAS system damaged in the crash and, if so, were OEM repair procedures part of an integrated repair process for complete, consistent repairs?  Since 2017, we’ve seen over a 900% increase in diagnostic scans for vehicles involved in collisions  And per NHTSA’s new pronouncement, if a manufacturer has a Level 2 autonomous system, you are now supposed to report about a crash and the ADAS engagement. The phone, though, wouldn’t know that information. Understanding what was engaged at the time of the accident, and complying with the NHTSA order is complex.”

· VEHICLE [UN]AVAILBLE: If the vehicle is stolen, tracking the vehicle, disabling the car and recovering the asset is possible given in-vehicle sensors and communications. If those sensors left the car when you did, then recovery is left to old school police investigation, which is only 14% effective. Conversely, if you want to make the vehicle available to a family member or friend, embedded systems can unlock doors and enact welcoming features like heated seats.

Conversely, on-phone telematics has advantages as well, some of which might surprise the typical reader. To allay upfront skepticism about crash sensing in corner cases, the phone’s application is deriving situational awareness based upon tremendous volumes of data. “We focused the first few years of the company in building the world’s largest dataset of driving behavior,” explained Jonathan Matus, founder and CEO of Zendrive, the enabling service supplier of various telematics mobile app’s. “And through that dataset we were able to understand patterns, quantify risk and build products that are very difficult to build if you’re measuring just singular vehicles with hardware applied to the vehicle. Since 2015, we have analyzed more than 60M drivers and 200B miles.”

· NO NEW EQUIPMENT: An owner’s phone will be purchased for many other reasons and doesn’t require additional hardware. Used vehicles like Anna’s Equinox have old hardware that might never be reactivated and eventually decreases the resale Return on Investment (ROI) of those vehicles. This lack of additional, upfront investment helps to create the scale needs for sizeable datasets: more people carry phones so more data can inform better algorithms.

· PORTABILITY: Be it an Uber. Or your friend’s car. Or your carpool. The solution that might save your life isn’t bolted to a vehicle in your garage while you’re traveling elsewhere. Per the namesake, the mobile application moves with the owner.

· USAGE-BASED INSURANCE: Yes, both embedded and mobile solutions have “safer drivers get a discount” offering, but the mobile application can easily confirm who was driving the vehicle based upon behavioral patterns. “A large group of customers that use our technology are in the fleet space, the insurance space and the automotive space,” states Matus. “Our app allows them to focus on the individual surrounding risk modeling and risk assessment.”

· CUSTOMER ACQUISITION: Most insurance commercials are sprayfire advertising: everyone gets the same advertisement regardless of driving skill or recklessness. Conversely, mobile applications can provide opt-in ‘insurance-qualified leads’ based the volumes of user-specific data and touchscreen user experience. “Drivers that are safer get offers from insurance companies that are much better,” states Matus. “For examples, we presently offer this with Progressive Insurance and Credit Karma and unlock very favorable pricing for users.”

· CLAIM PROCESSING: When the data collection device also has a high-fidelity touchscreen, the mobile user has an easier time with submitting the claim, providing the collision data, and following the status. If the vehicle containing the data has been totaled, gathering the data becomes wholly-dependent upon the cooperation of the manufacturer or its suppliers.

I’m not buying or selling either solution. Both have their pros and cons and both enable safety-critical services. My hope is the sensors, data and algorithms inform the next generation of engineers because functional safety is the highest priority of all disciplines.

We need to protect the Annas of the world.

This article was originally published by Steve Tengler (steve.tengler@kuglermaag.com) on Forbes.com on June 20, 2021