Erik Tanghe may have said it best: “Fear of change is like standing under a hot shower and knowing the moment you turn it off you'll be freezing cold.” 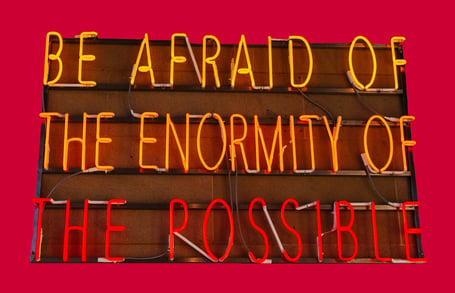 That’s exactly the challenge facing legacy auto manufacturers today: innovation is driving significant technological change, start-ups are popping-up like pimples on a teenager’s face, and investors are betting on their hopes of catching the next wave.

According to market capitalization, several Johnnie-Come-Lately manufacturers founded in the 21st century are challenging or eclipsing companies like Ford ($53B), BMW ($62B) or General Motors GM -0.6% ($82B) despite a 150-year-old head start: Telsa ($646B), Nio ($70B), BYD ($65B), Lucid Motors ($56B) and Rivian ($50B). As Bloomberg reported in February, Volkswagen may be forced to spinoff Porsche in order to compete with Tesla’s “weaponized” usage of cashflow; i.e., the start-up’s funding machine(s) fueled by the aura of innovation. So, yes, legacy manufacturers realize they must stimulate innovation, but it’s entirely too tempting to stay warm in the shower.

“Typically when organizations talk about human development,” states Jeremy Spaulding, Chief Operating Officer of Evolve Impact, a coaching and organizational development firm, “it’s either mandated by Human Resources with a general punitive feel or it’s akin to ‘life coaching’, which doesn’t easily translate to business goals or returns on investments. But managing and improving innovation requires a complicated mix of mental clarity with deep technical knowledge, creativity, and business prowess focused on prioritizing strategies and leveraging resources. It’s not easy. So structured human development is critical.”

In the end, there are many variables that factor into a creative team gelling together and successfully feeling their way through the fogs of ideation and delivery. But three major variables seem to be especially influential: mutual perseverance, organizational advocacy, and reconstructive feedback.

There are always pressures to jump too fast towards or skitter away from a successful ending due to a lack of corporate patience. The need for revenue. The annual objectives. The pressure from investors. Whatever the cause, more often than not companies want to metaphorically jump to the last page of the novel before truly understanding the customers’ needs, the flaws in either the first prototypes or its associated business case, and the opportunity costs of not expending a little more effort. 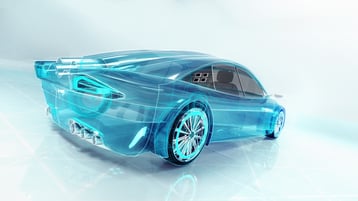 “When you develop a crazy new idea, there are a lot of hurdles that must be overcome with patience while understanding the relationship between time and innovation,” says Spaulding. “A high-performing team will have the discipline to slow down and do the hard work with a strategic mindset and humility.”

That humility shall be because of failures. Various design strategies like Lean User Experience or Agile Development refer to this as “failing quickly,” “failing forward,” or “failing fast” Regardless of the terminology, they all involve some form of significantly reworking the first design based on the discovery of unrealized stakeholder requirements, which requires tolerance for a second or third attempt. As the author of Lean UX, Jeff Gothelf, points out, a “…company culture must allow for some level of failure [since] experiments will fail.” If not, employees stop creating.

Or, as Spaulding summarizes, “If you are patient, diligent, and tenacious enough,” adds Spaulding, “you will eventually recognize where the concept is failing and build something that works.

In Simon Sinek’s famous 2009 TedTalk about “The Golden Circle,” he explains that too often we jump to discussing the “what” of our ideas and forget to start with the “why.” He points out that great innovators like Apple AAPL -1.5%, Martin Luther King, Jr., and the Wright Brothers inspired their investors or customers by starting with their purpose, their cause, or their belief. “Why does your organization exist, why do you get out of bed in the morning and why should anyone care?” asks Sinek.

“Good advocates are good communicators,” says Spaulding. “They define the context of their innovation in a way that’s compelling. What’s the opportunity? How does this innovation address that opportunity and what’s its role within the business and brand context? That framing and reframing the perception is important within your immediate team and outside. What is the vision and why are we doing this?”

Executives are forced to evaluate tradeoffs every day, either to enrich today’s crops or fertilize the soils of tomorrow. Or if they want to create something truly differentiating (a.k.a. “just crazy enough”), they might have to depart entirely from the somewhat-safe farming to the very-risky hunting world, which represents possible job insecurity for management, development teams, and anyone within arm’s reach of the investment. That’s why, for a proposal to thrive, there must be an ongoing, informative dialogue about the whys.

People often mistakenly think of hate as the opposite of love. In reality, its opposite is apathy. Children who have experienced neglect have a lower probability of thriving than children whose caregivers are engaged, regardless of the ratio of positive-to-negative feedback. Rejection is wholly different from criticism. Business ventures are no different.

Although not getting any feedback is actually worse, negative feedback can also be difficult to manage. “Once an idea is communicated and known to a larger audience, you immediately get critics,” Spaulding points out. “They’ll exclaim, ’This isn’t going to work!’ ‘This is crazy!’ or ‘Have you thought about this specific corner-case?’”

Spaulding cites one instance in which a light-based vehicle-to-vehicle communication system (with endless spectrum possibilities and safety-related use cases) evoked an early reproach. One snarky critic suggested the entire design was defeated by splashed mud. “A lot of times, the invention is attacked because people are attracted to it,” Spaulding says. “Very rarely is it personal. Ironically, it’s one of their mechanisms for actually conveying interest. Getting past your ego, acknowledging and considering that critique, is a practiced humility that helps to refine the invention.”

The innovator must think of these judges as catalysts for Participation Bias avoidance, i.e., if only the lovers of the concept glowed about its merits, the project would fail miserably.

With all of this, the legacy automotive companies shall have an interesting balancing act ahead of them: quickly elicit investors’ dollars via a unique vision and value proposition versus Tesla et al, retain patience on stakeholder requirements and inadequate prototypes, and evolve without flinching. The good news is that Amazon and Apple have shown that leapfrogging the market doesn’t require being the first mouse to the cheese, e.g., the iPod wasn’t the first MP3 player, Amazon.com wasn’t the first shopping website. Companies just need stay the circuitous course with confidence supported by the aforementioned feedback.

And hopefully their human performance is adequate.