Approximately ten years ago, an automotive product planner stated [off the record] that 5-10% of the population are “tree-huggers” and would buy nearly any eco-friendly car regardless of the styling, return-on-investment (ROI), etc. But beyond that captured market, moving the spending patterns of the population is much more difficult, and many a discriminating buyer needs a long-term savings without a huge, upfront hit. 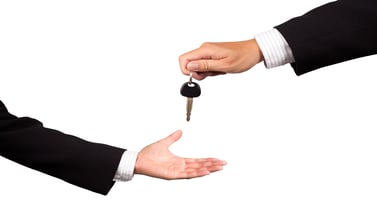 A new study published by Jerry suggests that nearly one-third of the representative sample of Americans (1,250 respondents) never foresees buying an electric vehicle (EV) and nearly 60% doesn’t foresee buying one in the next six years. “People want an EV until they see the cost difference,” states Jerry’s data scientist, Lakshmi Iyengar, when discussing the cost-conscious consumers." People don’t usually think long term. And, dealers don’t always have the bandwidth to make the case to buy an EV versus gas-powered vehicle. In 2021, EVs were, on average, $11,000 higher than full-sized gas-powered vehicles. If you are doing simple math, that’s $300 a month for three years. In the short-term, drivers will likely not find the immediate [Return on Investment] in buying an EV.”

This does not bode well for governments like the U.S. government whose infrastructure plans announced in December assume an “ambitious target of 50% of sales“ by 2030 being electric to support the busines case. And with the required Corporate Average Fuel Economy (CAFE) regulation climbing to a whopping 40.4 miles per gallon for cars and light-duty trucks in 2026, such a shift in technology is probably needed for the manufacturers to achieve the requirement. And the U.S. is not alone: the European Union has mandated the average equivalent of fifty-seven (57) miles per gallon in 2021 and ninety-two (92) mpg by 2030 and  even China has a zero-emission mandate for a percentage of the vehicles (albeit with significant consumer incentives).

To compound the issue, many manufacturers have gone all-in on electric vehicles, possibly with the hopes of keeping pace with Tesla TSLA -1.7% and Rivian in the eyes of investors. Almost exactly one year ago, Marry Barra announced that General Motors GM -1.7% plans to produce exclusively electric vehicles by 2035. Last July, Volkswagen said half (50%) of their vehicles would be battery-electric by 2030 and carbon-neutral by 2050. And they are not alone: nearly every incumbent, previously-internal-combustion-engine manufacturer has announced a significant shift in strategy towards electrification. 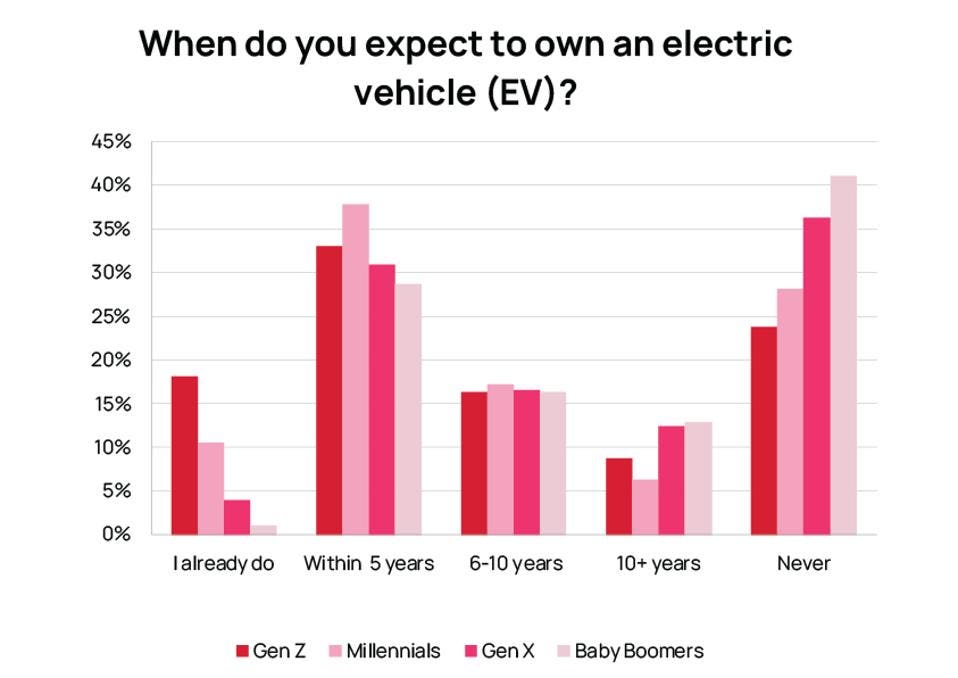 The study also highlighted the difference between supply and demand shall not easily be absorbed by autonomous ridehailing vehicles, i.e., maybe customers not intending to buy electric vehicles would still rely upon them for transportation. Approximately 50% of the United States has never used a ride-hailing application (e.g., Uber, Lyft) and 40% never expect to use an autonomous vehicle (with an additional 20% not expecting it within the next 10 years).

At the point where both the governments and manufacturers see the velocity towards new purchase behavior isn’t meeting the aggressive leadership created between the public-private sectors, both need to adjust their strategies.

Arguably, the auto industry has already started to attack one of the greatest historical barriers to entry: Range Anxiety. Mercedes and Tesla have previously vehicle ranges of over 400 miles, and several incumbents had press releases at the Consumer Electronics Show last week. “Some of the announcements just this week coming out of CES and Detroit are talking about 600+ mile one-charge ranges. That’s exciting and will help decrease resistance.,“ says Iyengar.

The governments may additionally need to [re]consider financial incentives for eco-friendly vehicle purchases. President Biden previously introduced two bills to expand EV adoption and the second was supposedly going to contain a $12,500 federal tax credit for EV’s. However, a some moderates in the House of Representatives have paused the legislation until there are cost estimates from the Congressional Budget Office (CBO).

Whatever method is required, the newest study suggests pivoting soon is probably required.

This article was originally published by Steve Tengler (steve.tengler@kuglermaag.com) on Forbes.com on January 11, 2022