The Automotive Sequel To The Pandemic: Rat Damage In Parked Cars

Maybe it’s because of industry-wide mediocre documentation of customer requirements. Or maybe it’s because of a dearth of automotive systems engineering prowess. But there are phrases that act like quasi-requirements which bounce around the halls of manufacturers without a traceable link to a customer requirement and a mediocre understanding of the originally-desired need. For instance, nearly all automotive engineers use the term “firewall” -- despite the desperate cries of corporate lawyers begging them to stop -- but few understand the name derives from steam-powered vehicles where a solid-steel panel separated the driver from the boiler’s fire as a safety precaution. Or the term “dash” – which lawyers also despise since juries might misconstrue its usage as a euphemism for dashed skulls against the panel’s surface – is used to describe the vehicle’s instrument panel (IP), but the term derived from a horse-drawn carriage’s dashboard, which protected the driver from the splaying of mud and debris. These needs or requirements were either lost or morphed over time, but the terms persisted.

Suddenly, though, one such term has a rejuvenated reminder of its original meaning: “ratholes”. Fit and finish engineers for decades have used that term casually to discuss undesirable gaps between parts without truly realizing that the stakeholder requirement was to avoid openings that allow for destructive rodents to squirm through and wreak havoc. But as the pandemic wanes and warmer weather in the northern hemisphere starts to permit socially-distanced hermits to escape their cabin fever, damage to vehicles from rats have become the undesirable sequel to Covid-19.

“Car owners often don’t realize that a rat or mouse is living under the hood,“ states Keith Canete, the Master Automotive Technician at YourMechanic.com (an at-home car repair provider), “until they smell a pungent whiff of urine waft in through the air conditioning when they start the engine, which would indicate that the rat or rat colony has been there for a while. Rats are opportunists that tend to pick cars that have been parked idle outside for a week or longer in order to build themselves a cozy home under the hood.” 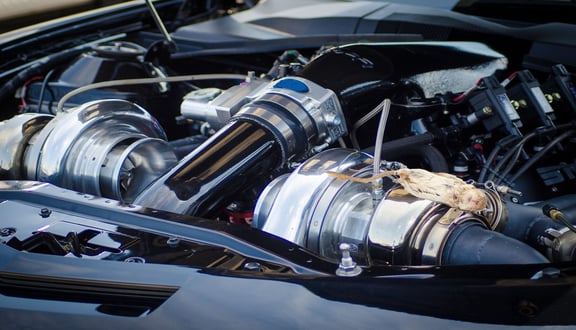 And if now you’re wishing those engineers remembered the derivation of that euphemism, it gets even better. “The other sign that a car has a rat or mouse infestation is that your car’s 'check engine' signal suddenly lights up because rats can often chew through wires and ruin car parts,“ says Canete.

“When a rat does chew through wiring or builds a nest under the hood, the issue is not only a vile, smelly nuisance, it can also make the car inoperable or dangerous if it chews through vital wiring.”

The net result: some serious repairs. “The most expensive rodent damage we’ve ever seen at YourMechanic.com was around $10,000, and an average repair after a rat infestation is around $1,000 to clean out the rat nest mess and repair the parts that rats may have chewed through.” 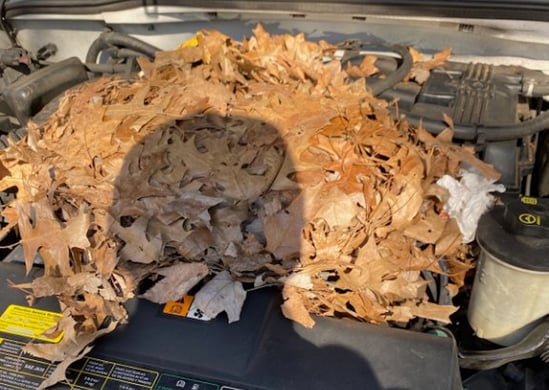 This picture above features a 2002 Ford Explorer that was idle for several weeks in mid-March 2021. The rat had built itself a nest and chewed through wiring, making the car inoperable. The owner called for help when the vehicle would not start with the last thing that the car owner expected to find was a rat nest infestation under the hood. In total, this sort of damage cost the customer just shy of a thousand dollars.