The world is changing rapidly. Exponentially. For 150 years, mechanical engineering ruled the Industrial Revolution and companies thrived based upon patentable ideas and ingenious designs. But then the Digital Revolution changed everything to connected coffee makers, connected dog collars and yes, connected cars. Software increased from a few million lines of code at the turn of the century to an estimated billion lines for autonomous vehicles. With that, many traditional, industrial companies needed to or still have yet to consciously shift their product lines to avoid extension. Strongly mechanical parts such as exhaust pipes, turbochargers and gas tanks can now be reverse-engineered and competitively quoted to whichever company is willing to accept the lowest price (a.k.a. “race to the bottom”).

But many traditional executives and their associated companies are struggling with building an internal software house since hardware and software’s associated business models, project managements and organizational philosophies are significantly different. Imagine Eminem’s lyrics: “Maybe that’s what happens when a tornado meets a volcano.” Or a more cliché engineering analogy might be imagining Star Trek’s Dr. Spock embracing Captain Kirk: a stodgy and rigid leader accepting the more extemporaneous commander. So for these companies, there must be a meeting of the minds on culture and rigor. A self driving car performing tests on a street in California, United States

Possibly the hardest change for the traditional, automotive mindset is creating, managing and transitioning the various cultures needed for groundbreaking software. Multiple studies have shown unsuccessful cultures as the most frequent root cause for poorly-sustained Agile Development, but that cultural nemesis can make or break every aspect of the business.

“[Building the culture] depends upon the maturity of the product, company and team,” states Christoph Schroeder, Vice President of Software Development at Luminar Technologies. “At the beginning, you want to go as fast as possible, break things and then assess quickly what doesn’t work. [Then] turn those things off, go in a different direction, build something new and then you find something that actually works; where you understand this can solve some real problem and need in the market. During this exploration phase, you need a very different culture where you can [safely] kill ideas that aren’t working.” Many incumbents cannot imagine dismounting a dead horse and feeling great about the renewed footwork. They’d focus on internal blame, personnel replacement and corpse resuscitation via an Action Item list and dogmatic oversight.

Thereafter, possibly the hardest cultural nurturing is moving the software team from Concept Phase to Development Phase. “Later on, when you move more into the automotive space … you must understand exactly what you’ve built, being able to verify and validate it in all the different places, conditions, and temperature ranges around the world. And so it’s a very significant transition in culture, and is quite challenging.” Now there are deadlines, commitments and needed features. There will still be defects and failures, but the culture must produce winners via learnings. 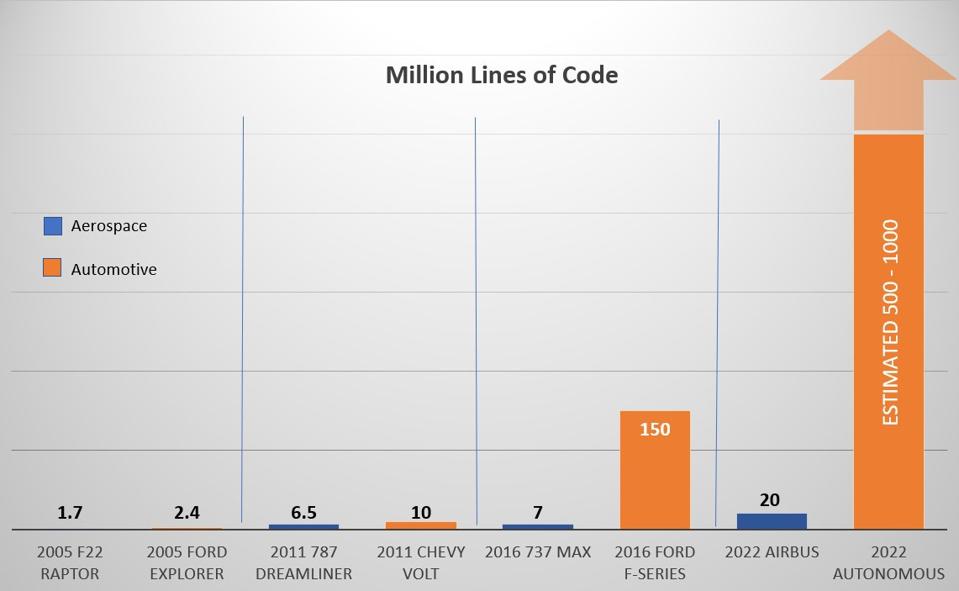 From exhaust pipes to turbochargers to gas tanks, there are billions of dollars of products that shall be phased out as Electric Vehicles (EVs) and Autonomous Vehicles (AVs) change the landscape of automotive towards software. KUGLER MAAG CIE

Along those lines, there must be an evolution where engineering rigor meshes with Kirk’s free-wheeling vision. “There are two major factors that allow you to transition,” states Schroeder. “The first one is the leadership team you bring on. If the leadership team has no understanding of what’s needed in the automotive industry, you’ll never be able to execute on the requirements. But then you need people who aren’t too used to ways in the automotive industry, so they don’t understand where everyone else is coming from. So there’s a balance between experience in the automotive industry and still enough flexibility mentally. The second step [builds on that by] slowly training the team and company towards becoming a high-quality, automotive company. Automotive SPICE is a model to build such high-quality products, which can shock research-oriented coders for the first time. So those leaders with an automotive background can help with mentoring and coaching the researchers into creating the end product.”

So the question is “Can it go the other way: where an automotive giant injects the new, software culture from the top?” akin to automotive giants like Ford, General Motors and Stellantis bringing on executives from Apple, Lyft or Amazon like Doug Field (Apple-to-Ford), Shaluinn Fullove (Lyft-to-GM) and Ned Curic (Amazon-to-Stellantis). And can they somehow bring the extemporaneous culture and simultaneously learn the required rigidity to deal effectively with more rigorous requirements? Time will tell.

But in either scenario of earthquake meets volcano, if there’s no happy medium then there’s a whole lotta disaster goin’ on.

I have watched firsthand as a Napoleonesque CEO fired great talent because the CEO’s hardware background didn’t permit comprehension of building a creative, software team. I’ve seen a frustrated director literally (and dangerously) slam a glass-top, conference table while summarily dismissing managers for being honest about the overwhelming deluge of software defects. I’ve watched dozens of corporations believe a revolving door of low-cost staff augmentation from offshore corners of the world may outperform a more-expensive-per-salary team. Fostering and retaining talent while achieving continuous improvement has been troubling and, yes, The Great Resignation assuredly has not helped.

Years ago, I interviewed ten automotive leaders about how managing a successful team is like coaching baseball well. I cannot help but remember the words of Chris Thibodeau, [now] CEO of Ushr, when talking about “failing forward”. There’s an implicit statement there by upper management that they are there with you for the long haul until we eventually succeed together. Software has defects just like baseball teams have strikeouts and even All-Stars don’t reach base 60% of the time.

Maybe the coach-slash-CEO deserves some serious credit if the team gels, succeeds and remains.

This article was originally published by Steve Tengler (steve.tengler@kuglermaag.com) on Forbes.com on March 9, 2022